You are here:
Building 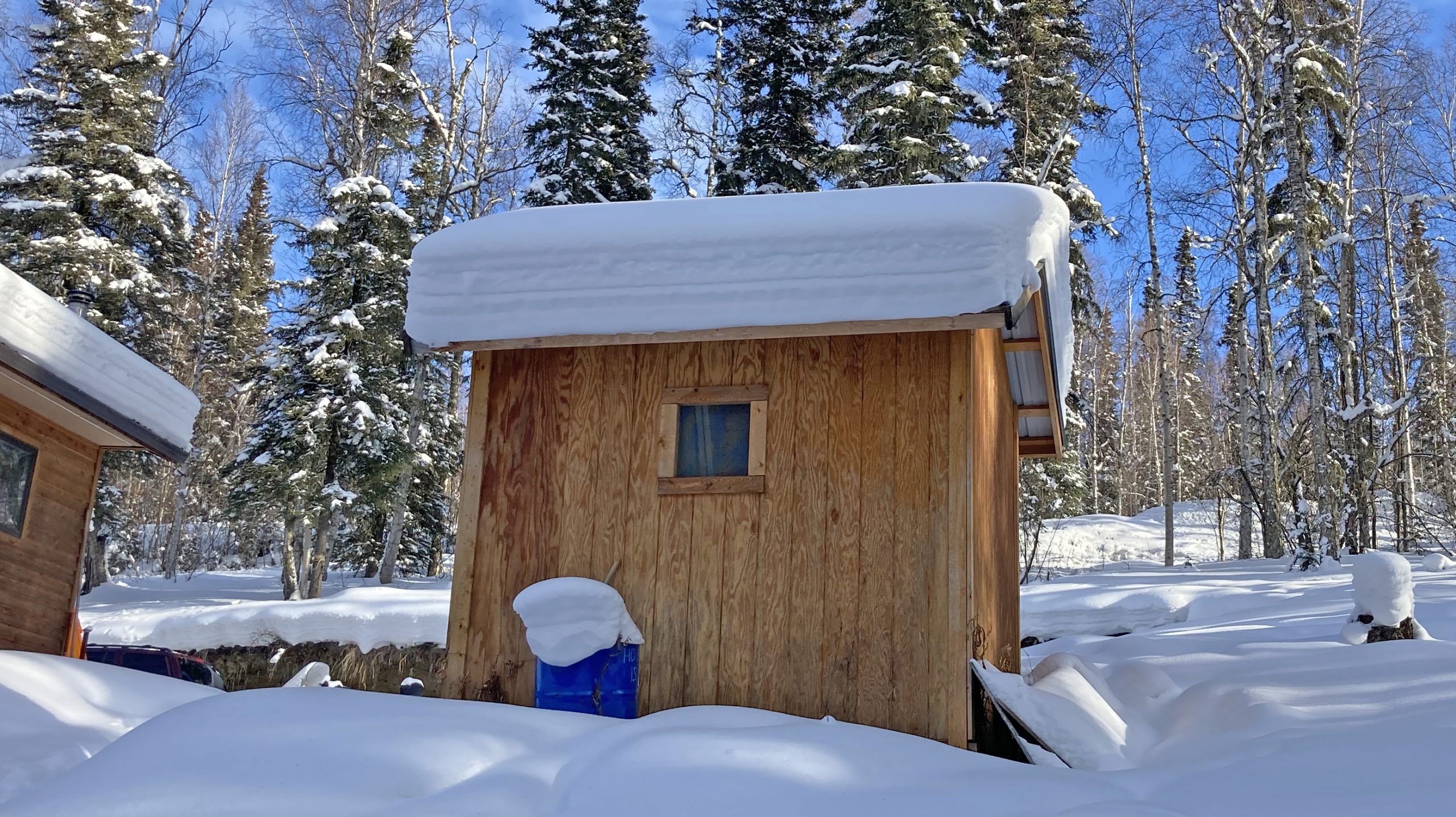 With snow piling up in Fairbanks, some local roofs are starting to look pretty heavy. But assuming your roof is built for the recommended load of 50 pounds per square foot (psf), you don’t need to worry for awhile.

Snow loads vary widely across Alaska, from 300 pounds per square foot in a maritime climate like Whittier to as little as 25 psf in northern Alaska. One major factor is the moisture content of snow. In the Interior, think of how a handful of snow feels in mid-December versus one in mid-May, when it’s finally moist enough for a snowball or possibly even a snowman.

The moisture content of snow ranges from about 1 percent to about 33 percent (water weighs about 62 pcf). Compressed snow – even snow that simply accumulates over time—will weigh more than freshly fallen snow. Fallen snow can also pick up humidity from the air and increase in weight, and drifting can also add to its weight.

You determine weight by using a measurement called Snow Water Equivalent (converting inches of snow into inches of water by taking a cylindrical core sample of snow and melting it). You can find the daily SWE for different locations in the state, including Fairbanks, at the USDA Natural Resources Conservation Services website at wcc.nrcs.usda.gov/snotel/Alaska/alaska.html.

To calculate pounds per square foot, you multiply the SWE by a conversion factor of 5.2

That gives you a snow load of roughly 20.8 pounds per square foot (psf). Note: this is only an estimate for the region.

Current building code in the city of Fairbanks calls for roofs to withstand a minimum of 50 psf, but homes built before 1991 were required to carry 40 psf and older homes even less. Thus, snow loads in the 30-35 pounds per square foot range can cause some roofs to collapse. Mobile homes can be built to carry just 20 psf.

Also, keep in mind there is no building code outside of the city limits. Roof snow loads can vary depending upon type of roof, roof slope, melting and re-freezing of snow and ice, among other factors.

Sloped roofs that periodically shed snow present benefits and risks. If snow slides safely onto open ground, there’s no problem. But if snow hits a deck on the way down, its force is multiplied many times more than its resting weight and can shear otherwise stable structures right off, not to mention what it could do to a person.

If snow slides onto a flat roof or other surface, its cumulative weight is magnified compared to normal snowfall. Structures should be designed with overhangs or other features to offer sliding snow a safe path to the ground. The ability of chimneys or utility poles to withstand sliding snow should also be considered.

In addition, decks, sheds, greenhouses, campers, and other structures built without permits or an inspection may not be able to handle much if any load depending on the quality of the workmanship. An underbuilt roof structure may also be at risk for collapse from imbalanced loading. For example, if the snow slides off one side of the roof yet remains on the other, the roof must be able to withstand the forces working against the structure during a change in weight distribution.

How do you know if you have a problem? Well, if you’re not privy to the design specifications of your home, the safest route is to hire a structural engineer to inspect your home and do the math. An inspection can also reveal potential weak spots or places where your roof structure, deck, or framing might fail. Consider how additions or modifications might affect your home’s ability to support snow. Wood tends to be very flexible and can withstand a lot of force over time before it snaps. But eventually, if it is not built to the task, it can fail.

Clearing excess snow off your roof or deck is not usually necessary unless you are dealing with an older home, structures that are built to dubious specifications, or an extraordinary buildup of heavy snow. Clearing snow comes with its own risks—like falling off your roof. Also, the addition of your own weight on an already stressed roof can make matters worse. If the roof is sagging or creaking, get down immediately.