The Cold Climate Housing Research Center (CCHRC) is an industry-based, nonprofit corporation created to facilitate the development, use, and testing of energy-efficient, durable, healthy, and cost-effective building technologies for people living in circumpolar regions around the globe.

Located in Fairbanks, Alaska, the Research Center was conceived and developed by members of the Alaska State Home Builders Association and 90 percent of CCHRC’s charter members are general contractors from across the state. The Alaska professional building community is highly regarded as a national leader in energy efficient housing design and construction, boasting the largest per capita builders’ association in the nation. 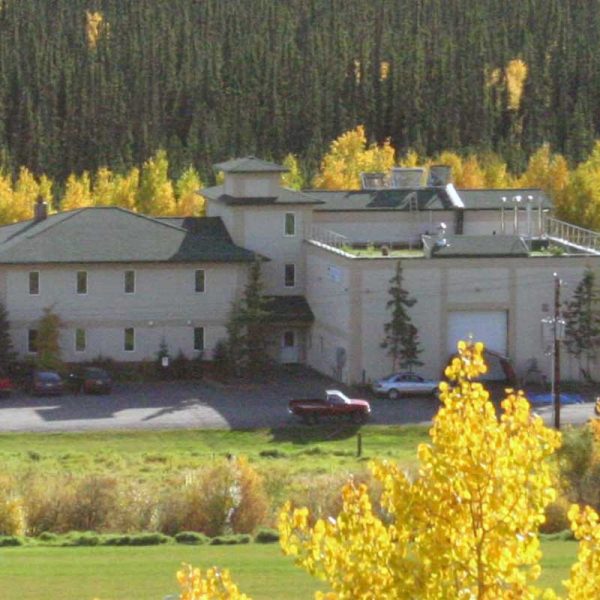 “Promoting and advancing the development of healthy, durable, and sustainable shelter for Alaskans and other circumpolar people.”

The Cold Climate Housing Research Center works throughout the traditional territories of the Indigenous Peoples of Alaska. Our research center is on the homeland of the Lower Tanana Dene Athabaskans. We thank and respect the First Alaskans for their ancestral and present land stewardship and place-based knowledge.

On September 23, 2006, the CCHRC Research and Testing Facility opened on land leased from the University of Alaska Fairbanks. The building contains research facilities and allows staff to work closely with students, faculty, and researchers at the university.

Alaska offers an excellent testing ground for cold-climate technologies and products. The geography provides the full range of climatic conditions a researcher would encounter across the northern United States — from the windy, cool, wet weather in Southeast Alaska to the very cold, snowy conditions across Alaska’s northern tier. In addition, Alaska’s cold season lasts for six months or longer, allowing ample time for researchers to conduct experiments and evaluate housing performance.

In 2018, as a part of her work towards an MA in Arctic and Northern Studies from the University of Alaska Fairbanks, Anne Rittgers wrote a comprehensive look at CCHRC and it’s founding. Read more of our history here.

The physical environment includes three major mountain ranges (with 17 of the 20 tallest mountains in the U.S.), permanently frozen soils (permafrost) underlying 80% of the land, frequent seismic activity, and extreme temperature fluctuations, especially in the interior region where climate records indicate temperatures as high as 100 degrees F in the summer and as low as -80 degrees F during the winter.

More than seventy potentially active volcanoes are present in the state, with several eruptions occurring in the past decade. Each year, Alaska has approximately 5000 earthquakes. Three of the largest ever recorded earthquakes in the world occurred in Alaska.