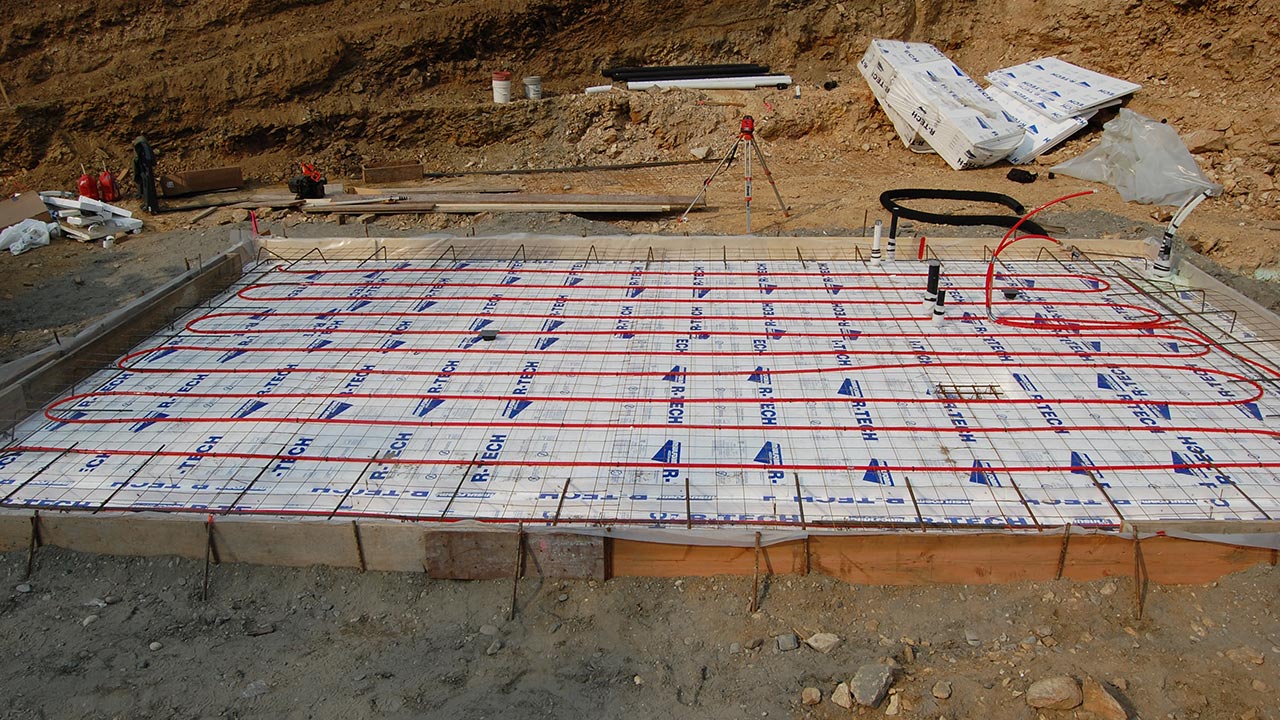 On-grade foundations are a popular design in Interior Alaska because they are less expensive than crawlspace foundations without having the energy penalty of raised foundations. “Slab-on-grade” means the house rests on a concrete slab directly on the ground.

The edges of the slab are thick to accommodate the weight of the walls and the sub-floor consists of a solid slab of concrete. Rigid foam insulation is placed under the floor to limit heat loss to the ground. This kind of foundation offers many benefits. With the floor directly on the ground rather than exposed to the air, you lose less heat because the ground is warmer than the air in the winter. A concrete slab also makes in-floor radiant heat easier to install.

One of the problems with a slab-on-grade foundation is the potential for frost heave. In Alaska, soils can freeze to depths of 6 feet and deeper, especially if there is no snow cover (such as under house eaves).

The wing is buried as deep as the base of the thickened edge of the slab. Since the corners are colder than the straight perimeter of the building, more insulation should be added at the corners to mitigate frost heave. 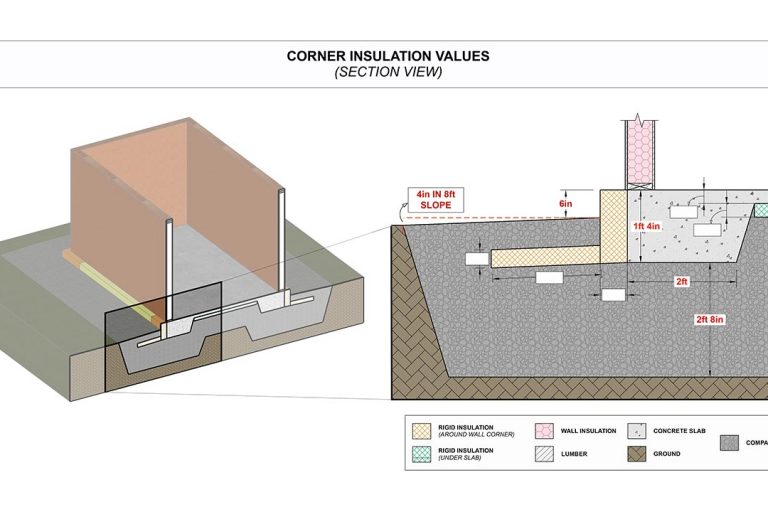 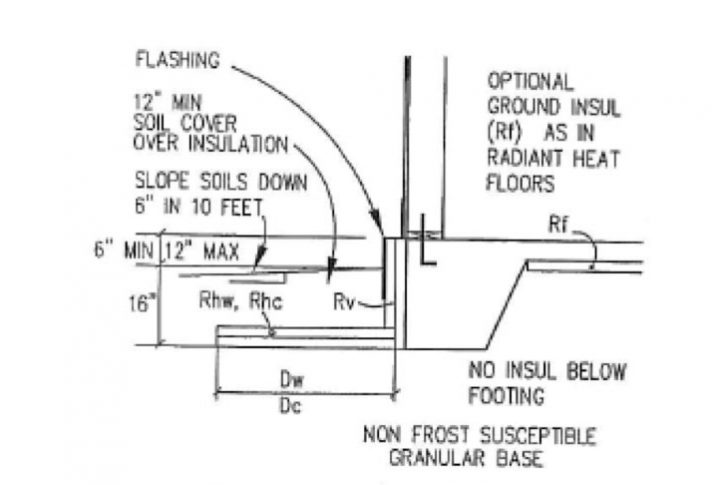 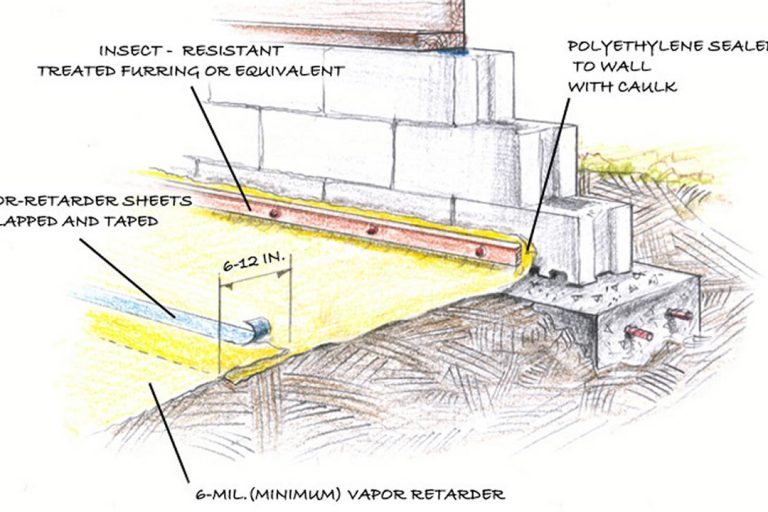 Crawlspace Foundation A crawlspace foundation is a conventional option for building on stable soils.… 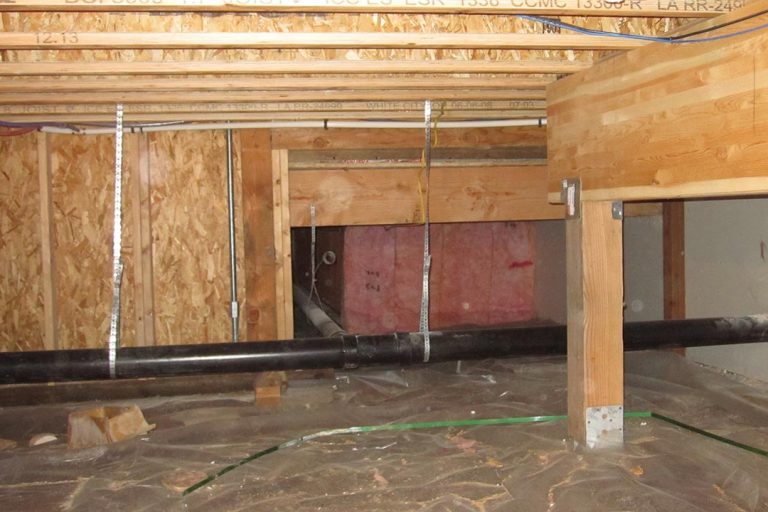 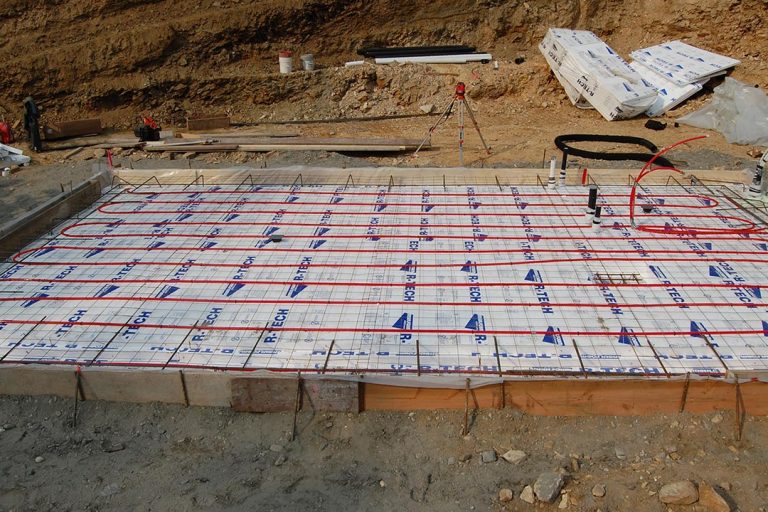 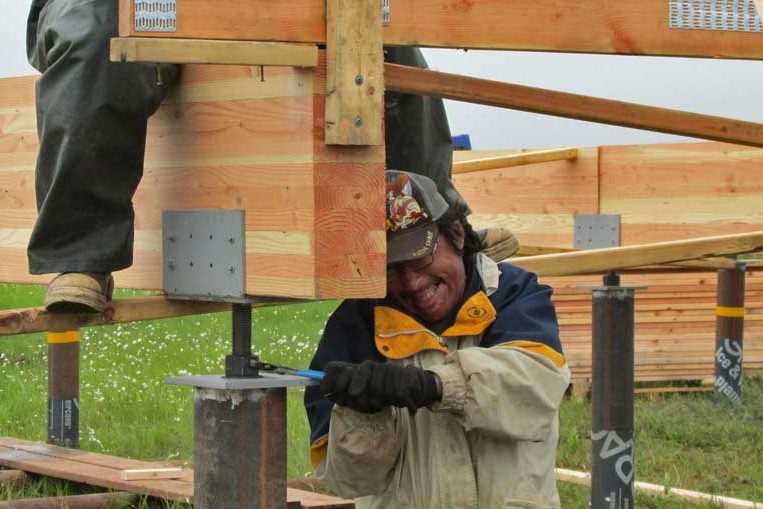 Permafrost Foundations The #1 piece of advice for building on permafrost: Don’t do it!…