You are here:
Ask a Builder 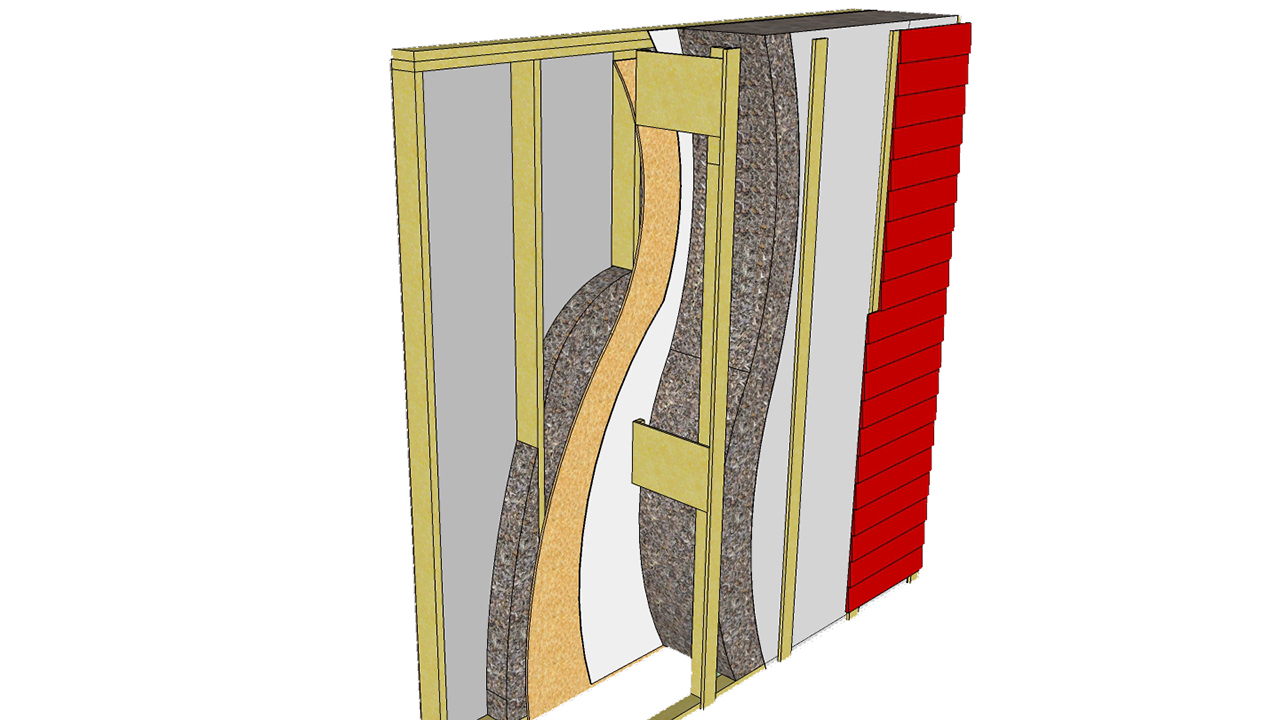 The Arctic Wall is a double-wall system with a thick layer of cellulose insulation that is designed to allow water vapor to diffuse through the wall. The system was designed by Fairbanks builder Thorsten Chlupp and uses some of the principles of the REMOTE wall—another super-insulated building technique that places the majority of the insulation outside the load-bearing wall.

Unlike conventional cold climate construction, the wall system does not have a vapor barrier. A standard Alaska home has 6-mil polyethylene plastic sheeting along the inside the wall to keep water vapor generated inside from getting into the wall framing. However, it is virtually impossible to create a perfect vapor barrier without any holes or leaks that can fully prevent air and moisture from moving through the wall assembly. This is a known weak spot for conventional cold climate construction.

The Arctic Wall, on the other hand, has no plastic vapor retarder. Instead of stopping moisture movement with a barrier membrane, water vapor can move through the wall with the seasons, creating a super-insulated wall that can also “breathe.”

The key components of the Arctic Wall include:

The Arctic Wall studied by CCHRC contains a 2×6 interior structural wall filled with blown-in cellulose with taped sheathing and a vapor-permeable air barrier (Tyvek HomeWrap) wrapped on the outside of the sheathing. A second 2×4 exterior wall is installed and wrapped around the outside with another air barrier membrane. The space between the two walls is based on how much insulation is desired. This space is filled with blown-in cellulose (between 12-24 inches in the Arctic wall concept). Depending on thickness, a superinsulated wall of this type can attain R-values of 70 or more, more than three times a traditional 2×6 wall system.

CCHRC monitored the Arctic Wall’s performance over 13 months by placing temperature, moisture and relative humidity sensors in the walls. The goal was to determine how moisture would move through the walls and whether the conditions would support mold growth. Test results indicated that both temperature and relative humidity levels in the walls were not sufficient to support mold growth. Neither side of the air barrier covering the exterior of the 2×6 structural wall ever approached the dew point (the point at which vapor condenses to water), indicating the structural framing is well-protected from moisture.

The relative humidity of the bathroom wall (the one likely to see the most moisture) never exceeded 65%, staying well below the risk level for mold growth.

CCHRC also used moisture modeling software to predict how the walls would perform over a 9-year period, which showed that humidity levels and moisture content within the walls would not reach a level where mold growth would be a concern.

The Arctic Wall is a specific system whose components must be carefully engineered and built to ensure proper performance and moisture management. Based on CCHRC testing, the Arctic wall has done very well in Interior Alaska and provides another option for a super-insulated house design.